Written by Anthony Uttariello on May 25th, 2021 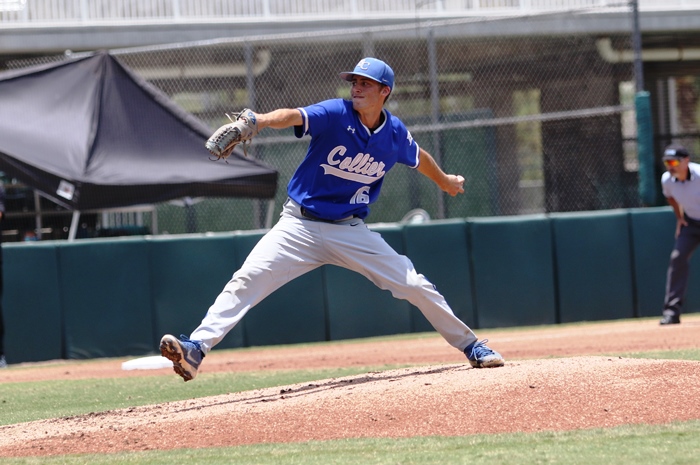 Andrew Ildefonso and his Archbishop McCarthy teammates have heard the chants the past two games. Opposing teams have mocked the Mavericks for a pitch count incident that happened against Belen Jesuit in the 5A regional semifinals.

Early in the year, the Mavericks players may have responded to the jeering, but that is not how the current version of the Mavericks roll.

Instead, McCarthy let their play on the field do the talking, as they rode a stronmg pitching performance from Ildefnoso, and a four run sixth inning to a 4-1 5A semifinal win over Barron Collier.

The win puts the Mavericks back within one game of reclaiming their spot on the top of the Florida high school baseball universe.

“We hear what people are saying and screaming at us,” said Ildefonso. “But we don’t respond these days. Once we stopped responding with words, and started responding with our play, we have been a much better team.”

Ildefonso and Barron Collier starter Jacob Marlow were locked in a pitchers duel for much of the afternoon. Each team had opportunities to score, perhaps none more so that the Cougars in the top of the sixth.

Van Freischmidt led off the inning with a double, but Ildefonso subsequently picked off Freischmidt. Later in the inning, Easton LaPlace lined a single, and the Cougars were left to wonder what could have been.

“For us, sure, that was a turning point in the game,” said Mavericks Manager Aaron Vorachek. “To get out of that inning and then come up to the plate with some momentum was a big part of the game.” 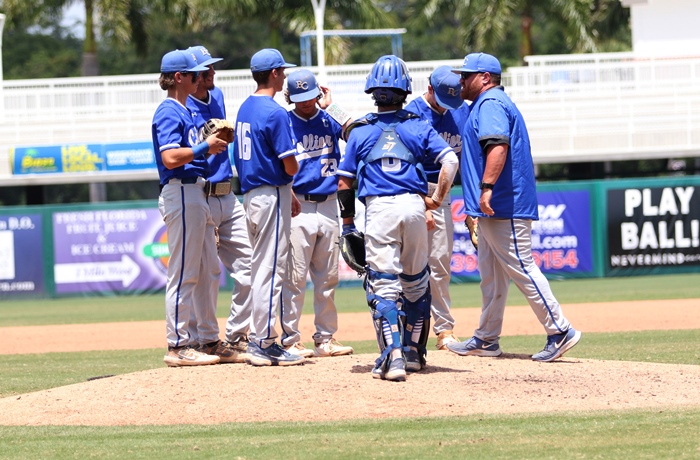 While the pick-off energized the Mavericks, Cougars Manager Charlie Maurer refused to blame the play for the outcome.

“That would not be fair to Van,” said Maurer. “He has done a lot of good things for us, and we had plenty of opportunities throughout the game to create a different outcome. The game came down to them taking advantage of their opportunities, and we didn’t capitalize on ours.”

The biggest opportunity for McCarthy came in the sixth when Antonio Jimenez hit a pop fly double down the right field line to start the inning. Stefano Molaro then doubled in Jimenez with the games first run.

“I can’t even tell you how many times he has done that this year for us,” said Vorachek, of his catcher delivering a big hit. “And every time it seems to be that same exact type hit.”

For Molero, coming through came natural.

“After Antonio doubled, I knew I had to do something to either move him over to third, or to get him in. It was a great feeling to be able to come through for my team in that situation.”

From there, the Mavericks tacked on three insurance runs. Zaid Diaz drove in the second run with a single, and Adrian Vega tripled in runs three and four.

The Cougars managed to push across a run in the seventh, but Vega closed the door on the Mavericks win, sending the McCarthy players and fans into a frenzy.

“We worked hard to get back here and build this program back into the championship team it has been in the past,” said Vorachek. “It was great the past few weeks having former players, and former Manager Rich Bielski reach out.” 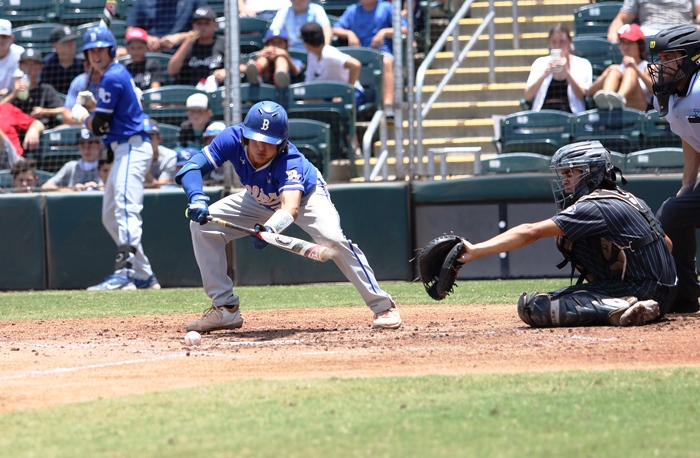 Speaking of his relationship with Bielski, who led the Mavericks on one of the most historic state title runs in the history of the FHSAA, Vorachek said there is nothing but respect.

“What him and Alex Fernandez did here may never be matched again,” said Vorachek. “Being able to talk to Coach Bielski the other day before we came up here, having him run through everything we were going to see. That is something that is invaluable coming from someone who had the success he had.”

McCarthy will now seek to get back on top of the high school baseball universe when they face Mosley at 1PM on Wednesday afternoon.

“Everything we work for is for that game tomorrow,” said Vorachek. “To have the opportunity to continue the tradition of the McCarthy baseball family is something that is special.”