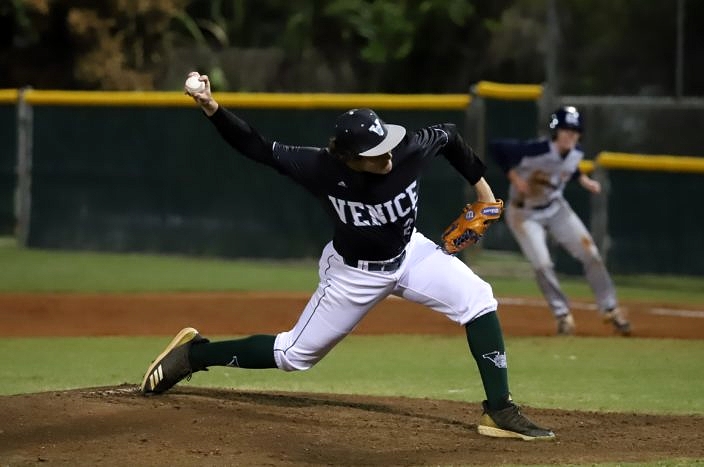 The Venice Indians have a tradition of playing big games on Friday nights under the home lights, and this Friday welcomed a premiere opponent in the defending Class 4A state champion Calvary Christian Clearwater Warriors. The current 7A state champions enjoyed a massive turnout of fans to enjoy the epic showdown between the two current dynasties, two programs with a combined eight state titles.

Behind the strength of a five-run fourth inning and an impressive outing from starter Jacob Faulkner, the host Indians prevailed with a 6-2 victory.

The Warriors (4-1) lost for the first time since last April, while ending their 11-game winning streak that dated back to season.

Jacob Faulkner was tough to figure out on the mound. The senior right-hander surrendered just one hit, a two-out base hit to center from Tommy White. Faulkner did not issue any walks and he recorded seven strikeouts. He improved to 2-0 on the season, while the Indians are now 3-1.

Scoreless until midway through the action, Venice broke things open for the deciding runs during a five-run fourth inning. Zac Calhoon was hit by a pitch leading off, and Reegan Jackowiak dropped down a bunt and reached on an error. Marek Houston then also laid down a sacrifice bunt that brought Calhoon home for the first run of the night. 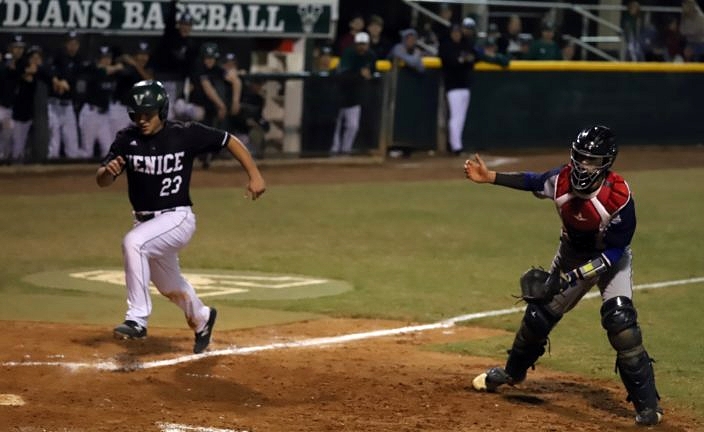 The Indians kept it going by loading up the bases. Hunter Szewczyk walked and Jack Curcio reached on catcher’s interference, and Michael Robertson broke things open whe he sent a ground ball to center for a two-RBI single. Connor O’Sullivan then reached on an error that plated Curcio, and Aidan Corn brought in Robertson with a base hit to right field.

Venice tacked on another run in the bottom of the sixth. Curcio reached on an error, and O’Sullivan delivered an RBI double to left that made it a 6-0 advantage.

Calvary refused to go down quietly, battling to its final outs and a valiant rally bid. With Corn on in relief, Charles Stevens and Peter Stavrakos both walked to get some base runners, while Corn tallied the first two outs on a strikeout and a flyout. Landen Maroudis then reached on an error that loaded the bases and Kyle Flynn finally got the Warriors on the board with a two-RBI single to right.

Senior closer Ryan Marti was then able to induce a ground ball for a force-out at third base that ended the contest. 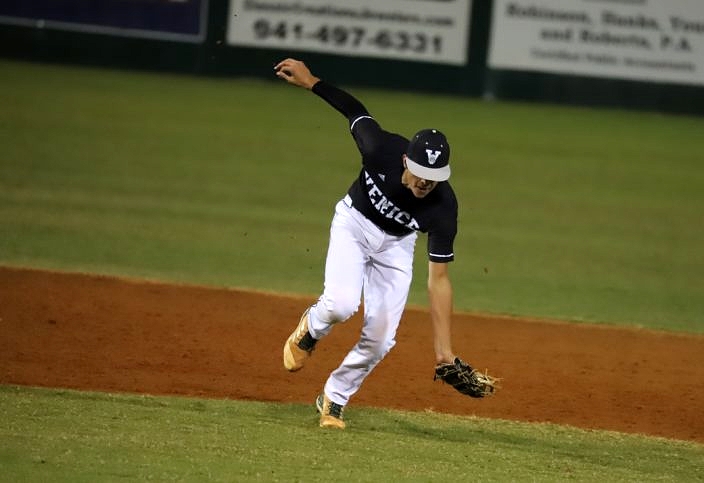