Gaither Defeats Venice In Extra Innings For 7A State Title 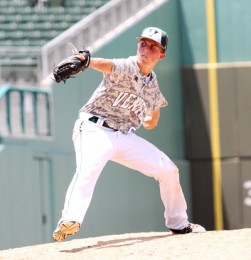 The Venice baseball program is an established and proud entity with a foundation built on doing things the right way. The program has celebrated tremendous success under manager Craig Faulkner, and has been a fixture at the state baseball tournament for the past several years.

The Indians have enjoyed their share of medals and trophies over recent seasons, including last year as the Class 6A state champions. Now standing on the other side of that scenario as the state runners-up that watched as their opponents celebrated victory on Saturday afternoon, they maintained the same class and dignity that they have always shown in victory.

After the game the two sides had just played, it would be difficult to imagine either team conducting itself any other way. Venice battled through eight grueling and competitive innings with Gaither in the Class 7A state championship at jetBlue Park in Fort Myers, but ultimately fell 2-1 to the Cowboys.

Even in defeat the club represented itself by the same standard that it holds when between the lines, offering humble congratulations even while overcoming the emotions of falling short of its own goal.

“We feel blessed to have been here and we’ve worked really hard to get to this point,” Faulkner said. “It’s a tough game, but baseball is a tough game and it is a humbling game. We battled today, they battled today and it was hot out. Guys gave full effort and we didn’t win it today. But I sure like my guys and how hard they tried and their effort. I’m very proud of what they’ve done this year and how they’ve come along as young men.”

Gaither took the lead in the eighth inning on a throwing error. Jose Cardenas rolled a single through the right side for his second hit of the day and Edgar Nunez advanced him to second with a bunt. Kenny Rodriguez put the ball in play and a throwing error allowed Cardenas to round third and put Gaither up for good.

The Indians rallied with their final swings to try and retake the lead. Mitch Donofrio lined a single to left field and Trevor Holloway singled to right field for runners on first and third. Joe Kinker then lined a shot deep to center field, but Cardenas was there to haul it in for the final out to clinch the victory. 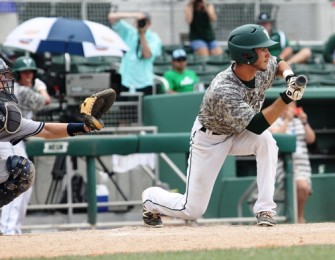 “They made a lot of nice plays,” Faulkner said. “We made some big plays in big situations too. They just got us today.”

The Cowboys burst out of the gate to seize the lead in the top of the first. Kenny Rodriguez lined a shot down the left field line that ricocheted off the side bleachers to allow him to ease into second base with a stand-up double. Camryn Williams then sent a liner into center field to bring Rodriguez racing around third base to the plate for a 1-0 lead.

The Indians countered back to even it up in the bottom of the third. Rylee Buckmaster singled into the left field corner and then he was replaced on the bases by Kyle Bachle. Tyler Gardner put down a sacrifice bunt that advanced Bachle and two batters later Scott Dubrule sent a liner into shallow right field that allowed Bachle to slide home just ahead of the tag on the play at the plate.

Although both sides had a few scoring chances, the score remained knotted up over the next few frames to send the game into extra innings.